Your great-uncle was known for tiny sculptures made with solder. He populated whole villages with shining, globular cowboys, barbers, farmer's wives. Your second cousin is serving time for what she calls a "misunderstanding" with a gentleman who will be able to wear pants after another surgery, we hope. You moved to another state to escape the smell that hangs around your mother's dresser, but it seems to have followed you.

You don't know what's encoded in your genes, what rubs off in email and phone calls. You can divorce and skip the country, but your in-laws stick inside your mouth, you can hear them when you open it to eat.

On Sunday, July 24th, join Portuguese Artists Colony in our search for escape from relations that cling across miles and years.

Featuring guest readers:
Jack Boulware is an author and journalist, and co-founder of San Francisco’s Litquake Literary Festival. He has written or co-written three books, most recently Gimme Something Better: The Profound, Progressive, and Occasionally Pointless History of Bay Area Punk From Dead Kennedys to Green Day. He was founding editor of the satirical investigative Nose magazine, and as a freelance journalist has covered stories throughout the U.S. and over 20 countries.

Chiwan Choi was born in Seoul, spent his early childhood in Paraguay, and has been in Los Angeles ever since. His first poetry collection, The Flood, was published in 2010 by Tía Chucha Press. He also runs Writ Large Press, a micro publisher featuring some of the best Los Angeles writers.

Charles Kruger, the "Storming Bohemian", splashed into the SF literary pool almost two years ago when he lost a teaching job and sought to reinvent himself in Bohemia. Since then, he has written for Litseen.com, The Rumpus and Examiner.com, and read his work aloud in a variety of low places to a variety of high people.

Charles will be reading his winning piece from last month's show, inspired by the prompt She presses the button. 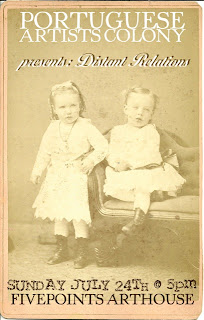 Vote on a prompt as you enter the show, and four writers will write on the winning topic while you watch them sweat, swear, and get inspired. Each writer will read what he/she wrote, and you get to vote on which piece you'd like to see developed into a finished story/poem/rant to be read at the next PAC performance. The live writing is always a treat and a surprise. Place your bets!